Roadkill and The Dangers of a Free Lunch 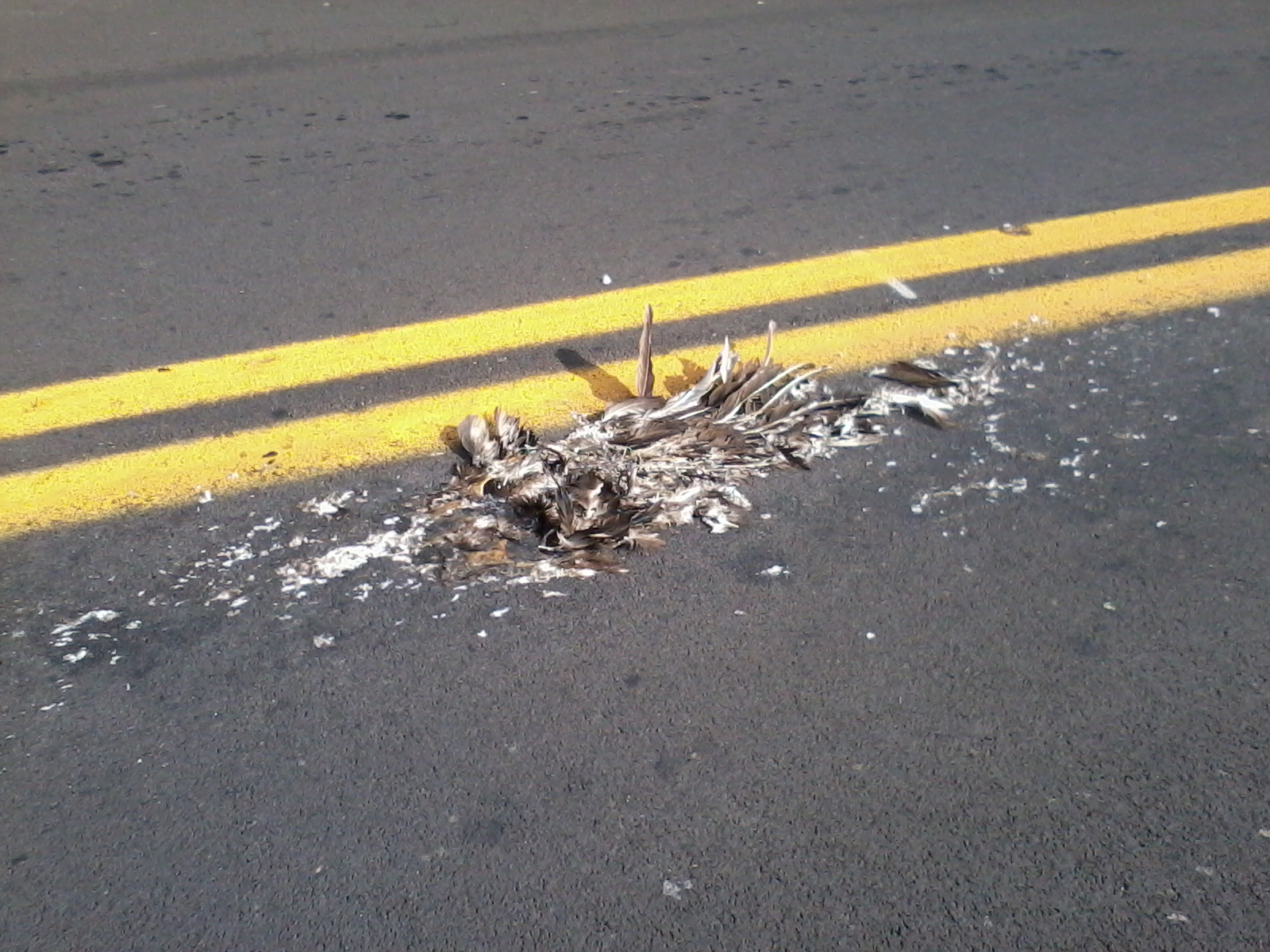 We live on a road that zigzags quite a bit and cars go pretty fast as it is a main road in our area. Not far from our house is a wooded area. One day a raccoon walked across the road not far from the wooded area. He happened to get struck by a car and was dead in the middle of the road. Soon after a opossum came through and thought that Mr. Raccoon looked like lunch. Well, Mr. Opossum wasn't quick enough with his lunch because along came a car and he died too. Not long after that, Mr. Opossum's brother came along. He liked his brother so much he decided to eat him.  Unfortunately, like his brother, speed wasn't a family virtue, and his fate was that of the one he ate. He became crow food. The crows seemed pretty smart and had lots of food for days. A turkey vulture wanted to join in for dinner, but seems he wasn't that fast either and was another casualty on that indiscernible heap. I couldn't help but thinking if this would be a continual cycle, and how big this heap could get, but it seemed to end there with feathers all over the place and a big wing that stood up in the air.


It would seem there must be some good morals to this story like “Beware of free lunches” or the quote by Thomas Jefferson that says, “Eternal vigilance is the price of freedom."
Posted by Ron at 6:44 AM